Old article I found on the web thats no longer up.

No one-not even Ford’s own PR staff-made much of the bright orange Ford ZX-2nr (say “tuner”) shown at the Specialty Equipment Market Association show, but they might have. We’re told this Escort coupe-based ZX-2nr, in performance trim, hints at the production 2003 ZX2. By its looks, this could be a version of the 2000 ZX2 S/R (“Street Race”) of which only 100 were made for the Southern California market. For sure, the next ZX2 will get this shape; all the add-ons, either as a production or dealer-installed option, are still under discussion. 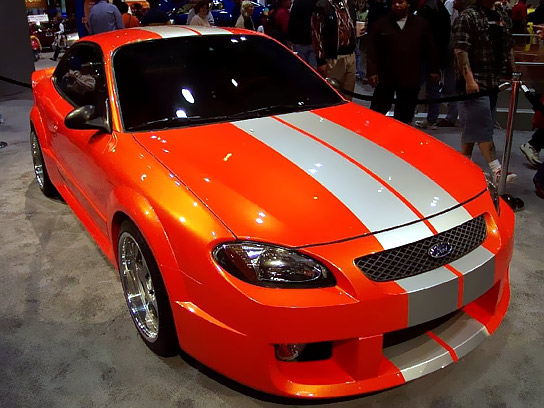 This concept, built on a 2001 ZX2, upgrades the stock 2.0-liter 16-valve engine with aftermarket intake and exhaust parts and modified cam gearing. It also features four-wheel disc brakes, 18-inch alloy wheels, special springs and struts and even urethane engine mounts. Look for the engine mods to push horsepower from the stock 130 into the mid-140s, if the earlier ZX2 S/R is an indication.

Bodywork massages include unique fascias, fender flares, rocker panels, a rear wing and fog lamps. Inside, the car gets loads of Ford Racing goodies, like sport seats, a custom gauge cluster and racing tachometer, along with a custom steering wheel cover and a special shift knob and boot for the five-speed manual transmission.